From 'The Universal Identifying Characteristics of a Cult' (David Brear, Axiom Books, copyright 2005)

Self-appointed sovereign leadership. Pernicious cults are instigated and ruled by psychologically dominant individuals, and/or bodies of psychologically dominant individuals (often with impressive, made-up names, and/or ranks, and/or titles), who hold themselves accountable to no one. These individuals have severe and inflexible Narcissistic Personalities (i.e. they suffer from a chronic psychological disorder, especially when resulting in a grandiose sense of self-importance/ righteousness and the compulsion to take advantage of others and to control others’ views of, and behaviour towards, them).* They steadfastly pretend moral and intellectual authority whilst pursuing various, hidden, criminal objectives (fraudulent, and/or sexual, and/or violent, etc.). The admiration of their adherents only serves to confirm, and magnify, the leaders’ strong sense of self-entitlement and fantasies of unlimited success, power, brilliance, beauty, ideal love, etc.
_____________________________________________________________________________________________
* ‘Narcissistic Personality Disorder,’ is a psychological term first used in 1971 by Dr. Heinz Kohut (1913-1981). It was recognised as the name for a form of pathological narcissism in ‘The Diagnostic and Statistical Manual of Mental Disorders 1980.’ Narcissistic traits (where a person talks highly of himself/herself to eliminate feelings of worthlessness) are common in, and considered ‘normal’ to, human psychological development. When these traits become accentuated by a failure of the social environment and persist into adulthood, they can intensify to the level of a severe mental disorder. Severe and inflexible NPD is thought to effect less than 1% of the general adult population. It occurs more frequently in men than women. In simple terms, NPD is reality-denying, total self-worship born of its sufferers’ unconscious belief that they are flawed in a way that makes them fundamentally unacceptable to others. In order to shield themselves from the intolerable rejection and isolation which they unconsciously believe would follow if others recognised their defective nature, NPD sufferers go to almost any lengths to control others’ view of, and behaviour towards, them. NPD sufferers often choose partners, and raise children, who exhibit ‘co-narcissism’ (a co-dependent personality disorder like co-alcoholism). Co-narcissists organize themselves around the needs of others (to whom they feel responsible), they accept blame easily, are eager to please, defer to others’ opinions and fear being seen as selfish if they act assertively. NPD was observed, and apparently well-understood, in ancient times. Self-evidently, the term, ‘narcissism,’ comes from the allegorical myth of Narcissus, the beautiful Greek youth who falls in love with his own reflection. 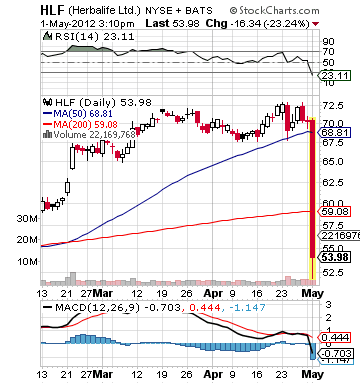 Regular readers of this Blog will know that, one month ago, shares in the two essentially-identical,'Amway' copy-cat, criminal enterprises known as 'Herbalife' and 'NuSkin,' were proved to be effectively-valueless http://mlmtheamericandreammadenightmare.blogspot.fr/2012/05/herbalife-and-nuskin-shares-are-proved.html .

These extraordinary events came about, simply because a particularly well-informed, and high-profile, hedge-fund manager, David Einhorn, openly-asked the corporate officers of  'Herbalife' : what percentage of their claimed 'multi-billion dollar annual sales,' are to the general public, rather than to their own non-salaried commission agents (known as 'distributors').

In effect, David Einhorn asked a gang of reality-inverting narcissistic criminals whether they have been sponsoring a lawful, and economically-viable, business opportunity, with a significant source of external revenue, or dissimulating a closed-market swindle (a.k.a. Ponzi scheme) with no significant source of revenue other than that deriving from an endless-chain of losing-participants.

The predictable, Orwellian reply David Einhorn was given by the bosses of the 'Herbalife' mob, that they didn't really know, but they believed that at least 70% of their company's sales are 'to consumers who are not distributors,' was an absurd lie which clearly constitutes wire-fraud and an attempt to obstruct justice. Furthermore, this brief exchange fits into an overall pattern of ongoing major racketeering activity (as defined by the US federal Racketeer Influenced and Corrupt Organizations Act, 1970, and clarified by subsequent US Supreme Court judgements). 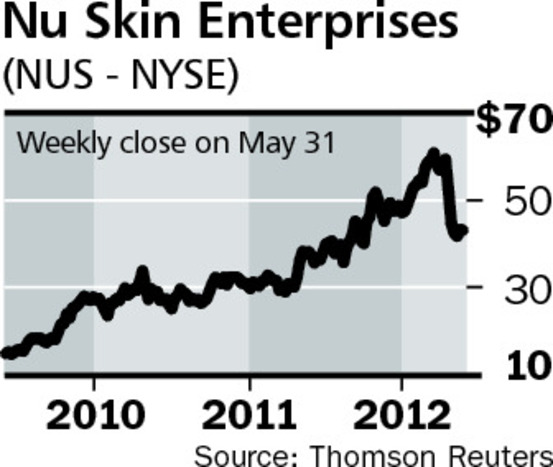 So far, the inflated market-price of 'NuSkin's' counterfeit shares has fallen from $62 to around $40. This has led the 'NuSkin' bosses to embark on a desperate attempt to maintain their rapidly-crumbling monopoly of information.


On May 21st, 2012, one of the instigators of the 'NuSkin' racket, Sandie Tillotson (b. 1957), filed a malicious lawsuit in a Utah state court, in which (amongst other things) she falsely-accused her ex-husband, Diederik van Nederveen Meerkerk (b. 1965), of being responsible for the dramatic fall in the value of 'NuSkin' shares. Rather than face up to reality, Tillotson, who is an executive vice president of'NuSkin' (on an annual salary in excess of $800 000) and who apparently remains the largest individual holder of effectively-valueless shares in this ongoing criminal enterprise, now steadfastly pretends that, as a result of Mr. van Nederveen talking to Wall Street insiders, she has, so far, personally lost $60 millions.


This week, I have been in contact Diederik van Nederveen, who is currently writing an account of his life as the second of Sandie Tillotson's three trophy husbands. Far from being the wild money-grasping liar (whom Ms. Tillotson has portrayed in her recent lawsuit), I found Mr. van Nederveen to be a free-thinking individual (trying to maintain his sense of humour) who now courageously accepts that, for seven years (1993-200), he lived under the influence of a pernicious cult leader who exhibited the diagnostic criteria of severe and inflexible Narcissistic Personality Disorder. 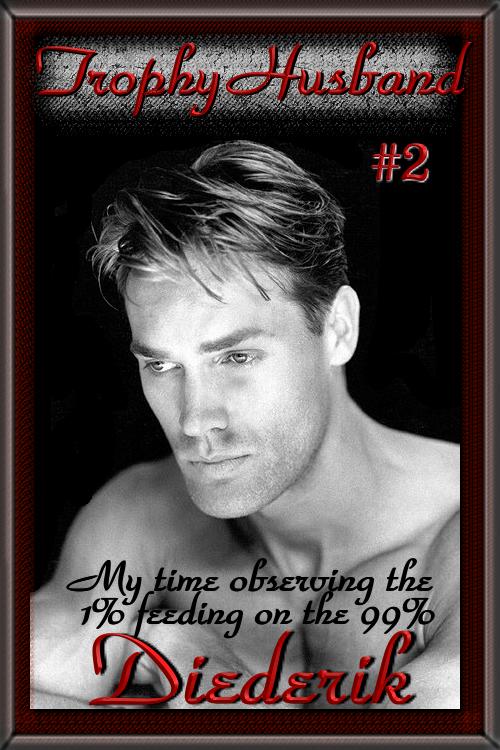 Extracts of Mr. van Nederveen's forthcoming book are already freely-available on his Website.


Ms.Tillotson's ill-advised lawsuit against her ex-husband has already attracted the attention of the media; particularly, Barrons Magazine. However, when the wider-evidence is examined, what she and her attorneys are doing, clearly constitutes a further attempt to obstruct justice and, again, it fits into an overall pattern of ongoing major racketeering activity (as defined by the US federal Racketeer Influenced and Corrupt Organizations Act, 1970, and clarified by subsequent US Supreme Court judgements).


One of the many, major beneficiaries of the 'NuSkin' racket who will be increasingly worried by this latest media interest, is, undoubtedly, Mitt Romney. Indeed, senior members of the Republican party must be monitoring this rapidly-developing 'Mormon/MLM' /Wall Street scandal. In fact, I can't be the only person beginning to wonder what odds might be available with a bookmaker on Mr. Romney suddenly coming up with a plausible excuse to withdraw from the forthcoming US Presidential election.