The 'FlexKom/Lyoness' Ministry of Truth makes an appearance

'Lyoness' and its copycat, 'FlexKom,' have exhibited the universal identifying characteristics of a cult.
http://mlmtheamericandreammadenightmare.blogspot.fr/2013/08/lyoness-and-flexkom-have-exhibited.html 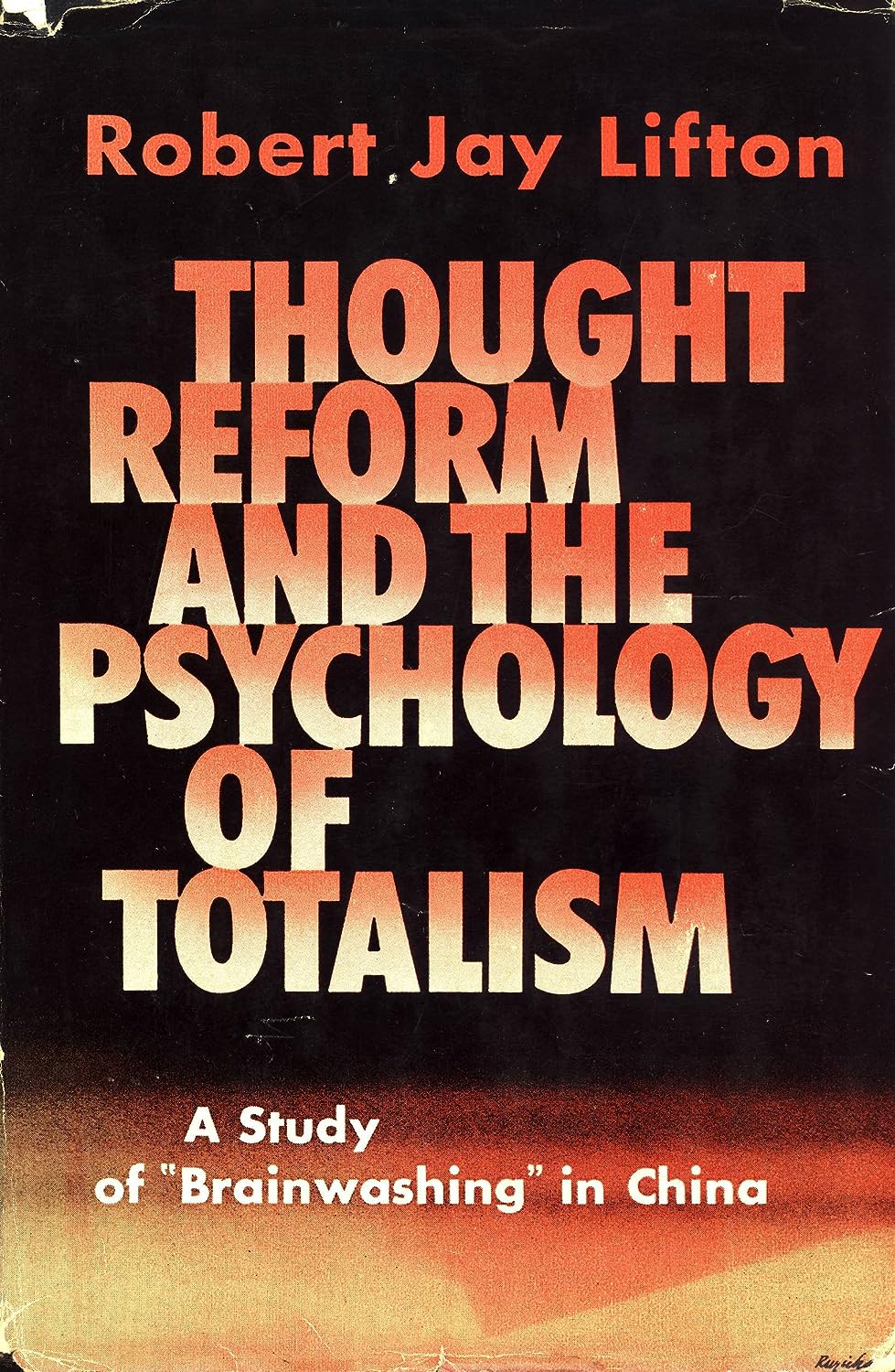 As part of my article, I explained how, in 1961 (after many years of field-research, interviewing US servicemen held prisoner during the Korean War), Robert Jay Lifton (b. 1926) published, ‘Thought Reform and the Psychology of Totalism.’

In this standard, medical text-book, Lifton identified 8 ‘themes’ which, if present in any group, indicate that its members are being subjected to a mixture of social, psychological and physical pressures, designed to produce radical changes in their individual beliefs, attitudes and behaviour.


1). ‘Milieu control’ — the attempted control of everything an individual experiences (i.e. sees, hears, reads, writes and expresses). This includes discouraging subjects from contacting friends and relatives outside the group and undermining trust in exterior sources of information; particularly, the independent media.

3). ‘Demand for purity’ — everything in life becomes either pure or impure, negative or positive, etc. This builds up a sense of shame and guilt. The idea is promoted that there is no alternative method of thinking or middle way, to that promoted by the group or by those outside it. Everything in life is either good or bad and anything is justified provided the group sanctions it as good.

4). ‘Confession’ — personal weaknesses are admitted to, to demonstrate how group membership can transform an individual. Group members often have to rewrite their personal histories and those of their friends and relatives, denigrating their previous lives and relationships. Other techniques include group members writing personal reports on themselves and others. Outsiders are presented as a threat who will only try to return group members to their former incorrect thinking.

5). ‘Sacred science’ — the belief in an inexplicable power system or secret knowledge, derived from a hierarchy who must be copied and who cannot be challenged. Often the group’s leaders claim to be followers of traditional historical figures (particularly, established political, scientific and religious thinkers). Leaders promote the idea that their own teaching will also benefit the entire world, and it should be spread.

6). ‘Loading the language’ — a separate vocabulary used to bond the group together and short-circuit critical thought processes. This can become second nature within the group, and talking to outsiders can become difficult and embarrassing. Derogatory names, or directly racist terms, are often given to outsiders.

7). ‘Doctrine over persons’ — individual members are taught to alter their own view of themselves before they entered the group. Former attitudes and behaviour must then be re-interpreted as worthless, and/or dangerous, using the new values of the group.

8). ‘Dispensing of existence’ — promotion of the belief that outsiders — particularly, those who disagree with the teaching of the group — are inferior and are doomed. Therefore, they can be manipulated, and/or cheated, and/or dispossessed, and/or destroyed. This is justifiable, because outsiders only represent a danger to salvation.

A couple of days ago, the 'FlexKom/Lyoness' Ministry of Truth finally attempted to post its reality-inverting propaganda (anonymously) on my article. However, I think that readers will agree that this piece of evidence proves beyond all reasonable doubt, the accuracy of Robert Lifton's analysis.

In essence, in response to my detailed, evidence-based explanation of why 'FlexKom' should be identified as a pernicious cult (and an ongoing major organized crime group), the organization's self-appointed bosses have foolishly responded by steadfastly pretending that anyone who dares to challenge the authenticity of any 'Network Marketing Company,' must be ignored as, completely crazy:

'Wow this has got to be the dumbest blog online. Not sure if you have targeted just FlexKom for this nonsense or if it is the entire network marketing industry. But please if you are a reader you have to be able to see this blogger is kookoo!'

The 'FlexKom/Lyoness' Ministry of Truth then went on to offer some typically-jargon-laced, and mystifying, economic pseudo-science, before offering us a typically-totalistic portrait of Planet Earth and then finally concluding that 'FlexKom' is the complete opposite of a cult and that anyone who thinks that 'FlexKom' is a cult, can only be a cult adherent. i.e. A member of the inferior poor and stupid 90% majority of the world population - or one of the majority, inferior, poor and stupid American population brainwashed by traditional education, religion and the media :

'One quick response on the subject: FlexKom will only have very few reps in the markets they enter. In Austria the rep count when they stopped taking new reps was 500 reps to service the entire country. FlexKom Mostly customers who use a free loyalty card/app. These customers will not even know who the owners (so called cult leaders) are and wouldn't care. They are just using the app/card to get cash back and awards over time when they shop just like a credit card and airline miles but dealing small to medium sized businesses who are struggling right now. WTF does cult have to do with a system that connects businesses around the world?

If you think about it. Look across the world today. 90% of The population are the workers clocking in and clocking out. Getting just enough to eat and have shelter. They send the young to what is called an education but is it? They get taught to sit still listen and do exactly what they are told. The ones that get ahead and get restless are drugged here in USA. All of the cult ideas are in place. The leaders are in control of the information that gets out. Through the schools history books, religions and media. The population is programmed to obey the leaders of the world. We watch as billions of dollars is being made by corporations and governments and these same companies are exploiting the rest of the world. We go to work for them and we say this is the way to go while we have less time freedom and less money to live with. We have more convenience than before because we have better technology but we have less time with our families. The mother used to stay home but can't anymore because there is not enough money being paid from these corporations. The debt society is the cult to be aware of. But I guess when you are already in a cult then something quite the opposite will look like the cult to most.' 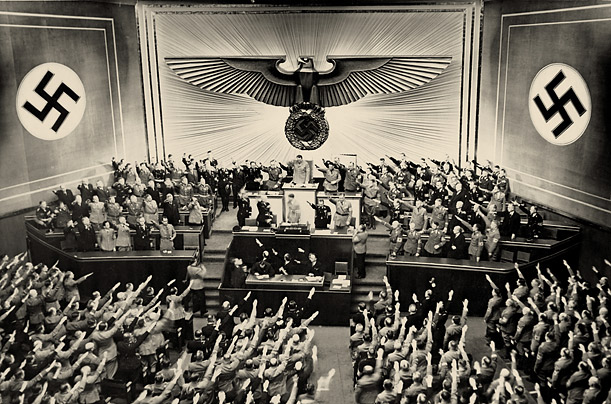 Readers should particularly note that throughout human history, there have been periods of mass-alienation... following wars, revolutions, plagues, natural disasters, economic depressions, etc. ... during these periods, dangerous manipulators (acting like ancient, Gnostic Prophets by pretending moral and intellectual authority and offering some form of Utopian existence in the here and now) who at other times might be dismissed as absurd crackpots and charlatans, have found it much easier to become accepted as authentic Messiahs and to acquire a mass-following. Sadly, the current world economic crisis has produced a perfect climate for a new generation of heavily-disguised little parasites, like Asker Sakinmaz and Hubert Freidl, to begin to gorge themselves by pretending affinity with the common hopes and fears of humanity.


The essentially-identical (but more advanced) activities of Sergei Panteleevich Mavrodi, demonstrate that Messrs. Freidl and Sakinmaz are neither original nor unique - whilst the longer they remain officially-unchallenged and the more capital they are allowed to steal: the more difficult it will become to hold them fully to account for their economic and psychological crimes against humanity.

shyam sir plz tell me about natureway.in,this is a good networking or fraud,they say Natureway Mission has been established on 16th Feb, 2002 belonging to two reputed families of ABOHAR (Punjab) Arora & Nagpal families. Natureway has been setup with the focus in mind to provide what every individual has been searching for extremely good quality products at the right price along with the right trading concept. Natureway is one of the the best business entities where ethics and moral have found their true meaning,

All associates, franchise, vendors, and mall owners the most awaited good news as per our expectation with right direction in all the cases of CMD bail from Andhra Pradesh and Maharashtra has been granted. Today I have been released. As we all know progress in right direction is more important rather than speed. Therefore it took a little more time to here this great news. Heartiest congratulation and thanks with the deepest core of my heart to all for their patience and support.

Celebrate Navratri and Dushehra in order to prove victory of goodness on the evil. After Dushehra all of you will be informed for further celebration, meeting and development etc. Till then give me some time to relax and prepare for second inning of Nmart. Thanking you once again for all your co-operation and support.

CLICK THIS LINK BELOW TO CELEBRATE THIS OCCASION BY DHOL