'Multi-Level Marketing' and the Gettysburg Address?

One hundred and fifty years ago this week, on the gloomy afternoon of November 19th, 1863, US President Abraham Lincoln gave a two and a half minute address at the dedication ceremony of a national cemetery on the Gettysburg battlefield in Pennsylvania.  An estimated 15 000 people, were in attendance.

Lincoln's landmark speech (now said 'to have set the tone for the following century'), was written and delivered by the President less than five months after the bloodiest battle of the Civil War had produced (during just three days) over fifty-one thousands casualties (of which approximately seventeen thousands were dead or missing). 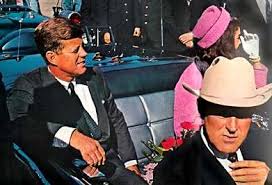 This week marks not only the one hundred and fiftieth anniversary of the Gettysburg Address, but also the 50th anniversary of the murder of President John Kennedy in Dallas Texas (November 22nd, 1963), followed (two days later) by the murder of the Kennedy's apparently-motiveless, only suspected-assassin, Lee Harvey Oswald, on live television by a known-mafiosi (and Dallas strip-club owner), Jacob Leon Rubenstein (a.k.a. Jack Ruby), whose bosses had plenty of motives for wanting Kennedy dead and any rigorous, independent investigation of Oswald, halted. 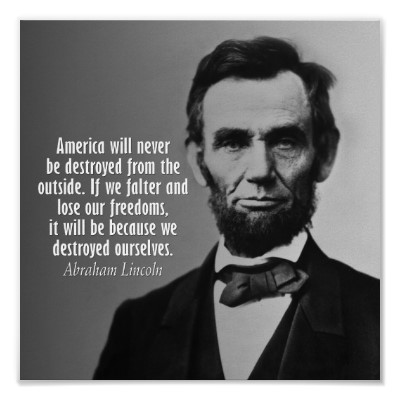 Lincoln's Gettysburg Address is generally considered to be the most poignant, and eloquent, speech in all American history.

'Four score and seven years ago our fathers brought forth on this continent a new nation, conceived in liberty, and dedicated to the proposition that all men are created equal.

Now we are engaged in a great civil war, testing whether that nation, or any nation so conceived and so dedicated, can long endure. We are met on a great battle-field of that war. We have come to dedicate a portion of that field, as a final resting place for those who here gave their lives that that nation might live. It is altogether fitting and proper that we should do this.
But, in a larger sense, we can not dedicate — we can not consecrate — we can not hallow — this ground. The brave men, living and dead, who struggled here, have consecrated it, far above our poor power to add or detract. The world will little note, nor long remember what we say here, but it can never forget what they did here. It is for us the living, rather, to be dedicated here to the unfinished work which they who fought here have thus far so nobly advanced. It is rather for us to be here dedicated to the great task remaining before us — that from these honored dead we take increased devotion to that cause for which they gave the last full measure of devotion — that we here highly resolve that these dead shall not have died in vain — that this nation, under God, shall have a new birth of freedom — and that government of the people, by the people, for the people, shall not perish from the earth.'

When translated into plain language (out of Lincoln's Biblical-sounding 19th century, political rhetoric): He portrayed the civil war as a test of whether his country's great republican experiment could continue and succeed; for the revolutionary idea that the people could govern themselves, was still in its infancy and unproven. Thus, in the Gettysburg Address, Lincoln claimed to be re-dedicating the American Republic to the high-ideals upon which it had originally been founded. The reality behind Lincoln's pretty words turned out to be somewhat ugly; for tragically, 100 years after the last shot of the civil war had been fired and Lincoln himself had been assassinated, the Southern States were still brutally enforcing strict 'racial' segregation.

African Americans were first exploited as sub-humans, before being effectively-excluded from their country's much-vaunted, great republican experiment. However,1863-1963, was the century of American Apartheid lying between Abe Lincoln and Jack Kennedy.
The Civil War was not originally fought over slavery. It was fought over the Southern States' rights to pursue their own way of life, free from interference by a remote federal government in Washington DC. However, the perennial American argument about the appropriate form, and size, of federal government, coupled with the politics of Americans' ethnic origins (often inaccurately described as,'race'), are, in fact, the factors which directly connect Lincoln to Kennedy.
By the 1960s, American liberals had identified southern 'racial' segregation as the remnants of slavery clinging on in the land of the free. John Kennedy was one of those pressing for change, but the white South was not ready to change voluntarily.
For historical reasons, the South had always massively voted Democratic. In 1963, it threatened to swing to the Republicans. Jack Kennedy was facing re-election and he went to Dallas only because he had to win the State of Texas.

According to legend, as Kennedy's motorcade drove from Dallas airport into town, the President turned to the First Lady and announced that they were now 'entering nut country'.

It was Kennedy's Texan successor, President Lyndon Johnson, who was able to use the wave of sympathy, and outrage, that was created by the Dallas assassination, to force through Congress a series of Acts which ended legal segregation and gave voting rights to millions of African Americans. To many naive observers, these events have been seen as finally fulfilling Lincoln's Gettysburg promise. However, in reality, 'MLM income opportunity' racketeering, has made a mockery of Abe Lincoln's fine words, for US-based cultic organizations like: Amway', 'Herbalife' , 'Forever Living Products', Nu Skin', 'Xango', etc.,' have all been allowed (by successive federal governments) to infiltrate traditional culture and be run as parallel totalitarian states in microcosm: where government of the people, by the people and for the people, has quite literally perished from the Earth.

Again with an irony that is close to exquisite, the so-called 'land of the free' has actually exported it's own home-grown variety of totalitarianism dressed up as 'American-style capitalism,' to the rest of the world.

Excellent post. I was checking constantly this blog and I am impressed! Extremely helpful info specially the last part :) I care for such information a lot. Thank you and best of luck. CRM Software || CRM Software in Mumbai || ERP Software