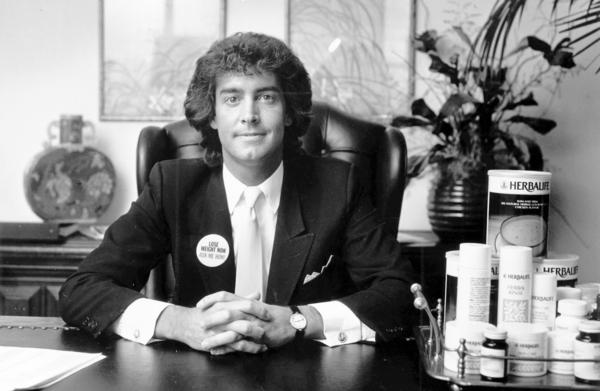 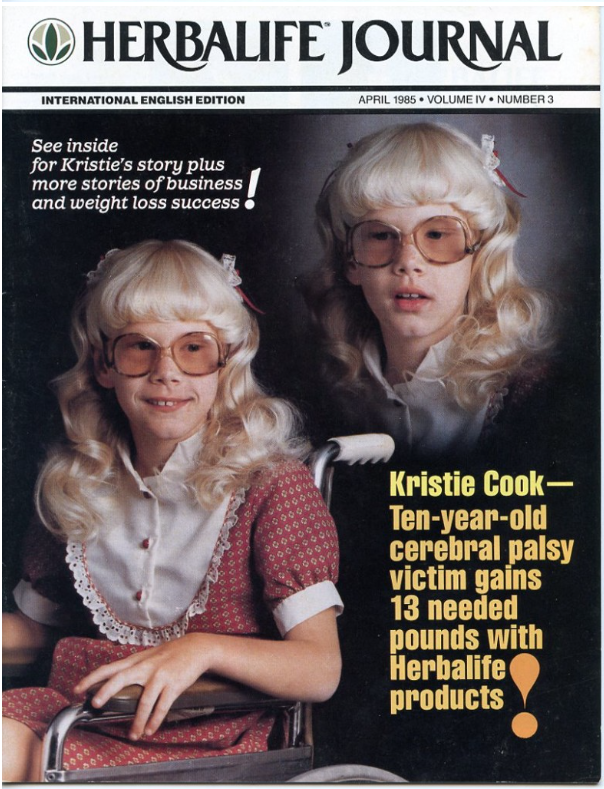 Once upon a time, a handsome, but poor, young Prince called Mark Hughes dreamt of building an Empire called 'Herbalife' where he would be Emperor and where, under his benign rule, there would be endless health, wealth and freedom for all folks - so long as they just kept buying, and swallowing, his exclusive, magic economic, and medical, potions and recruiting others to do the same. Mark's potions could not only make fat folks thinner, and thin folks fatter, but they could also cure sick folks and protect them from all illness whilst transforming the deepest believers into millionaires.

Some very wicked and jealous people (called regulators and journalists), began to suspect that what Mark Hughes offered was far too good to be true, but Mark replied that he'd not been lying at all, it was only some of his naughty followers. From that day forward, Mark promised that he would make sure that everyone in the magic Empire called 'Herbalife, would only tell the truth.

Many years later (after Mark Hughes had died), lots more wicked and jealous people (this time, called critics and short sellers) again began to say that 'Herbalife' was far too good to be true; for another well-rehearsed ruler, called Michael Johnson, had come along and had again insisted that there would still be endless health, wealth and freedom for all folks - if they ignored all voices of doubt and just kept buying, and swallowing, 'Herbalife's' magic potions and recruiting eveyone they knew to do the same.


Meanwhile back in the adult world of quantifiable reality, the 'Herbalife' racketeers have just been forced to admit to the US Securities and Exchange Commission that belief in their once profitable, self-perpetuating fairy story is rapidly diminishing all over the globe, and that almost everyone who has ever signed up for 'Herbalife' has left the organization. 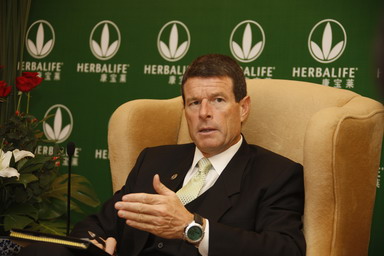 'Our results in 2014 reflect our ongoing transition to a more consumer-focused organization.

Our transformation, which first began in 2008 and will continue through 2015, is creating a stronger, more consumer friendly Herbalife and one that is evolving and getting better every single day.

Critical to our transformation has been the focus of Herbalife and our members on daily consumption as well as our emphasis on bringing new sales leaders into a company in a more sustainable way than in the past. This more gradual path to becoming a sales leader is working. As all of the data show that these leaders are more productive and stay with Herbalife longer. 2014 saw record-breaking retention rates for our sales leaders. We achieved what we believe is an industry leading and impressive retention rate of 54.2%, that's up from 51.8% in 2013.

We are continuing to grow our customer base and have more customers in 2014 than any time in our 35-year history, and we reported record net sales for the year of $5 billion.'

When translated into plain English, in Michael Johnson's most-recent thought-stopping propaganda broadcast, he now pretends that most of 'Herbalife's' adherents (who were once all labelled 'Distributors' in the fairy story, but who are now all re-labelled 'Members'), were really only temporary 'customers' travelling through the magic Empire, and who never expected to make any money. Therefore, according to Michael Johnson: even though Mark Hughes' magic potions have never cured anyone of poverty or illness, no one was ever tricked in to buying them and, consequently, 'Herbalife' is not a lie.

Yet if you apply common sense and remove all the arbitrary thought-stopping definitions and confront the simple fact that virtually no one who has not been under contract to 'Herbalife' has been buying anything from this organization (based on value and demand), then you immediately realize what has really been occurring.

In this unoriginal cultic racket, a closed-market swindle has been dissimulated behind effectively-usaleable products, and the reality-inverting term 'customer' has lately been hung round the necks of victims in order to obstruct investigation and continue to commit the same fraud.

This, in a nutshell, is the sustainable racket that US law enforcement agents and prosecutors ought to have been addressing right from the outset of the 'Herbalife' fairy story.