HSBC bosses agree to pay $1.9 billions fine and are put on probation

UK-based HSBC bank is the biggest in Europe (by market capitalisation). It declared pre-tax profits of $12.7bn for the first half of 2012.

After an astonishing US Senate investigation (published earlier this year, 2012) concluded that  HSBC had 'been a conduit for drug kingpins and rogue nations,' the current bosses of HBSC have now announced that they have agreed to pay the US authorities a staggering $1.9 billions (the largest penalty ever imposed on a bank) to avoid facing money laundering charges. This means that although some of the most-serious financial crimes imaginable have been committed by certain corporate officers and employees and HSBC, no individual or corporate structure will face the slightest criminal charge. Although, financial penalties imposed on banks for perpetrating crimes have been described as'fines' it would, therefore, be a far more accurate use of English to describe these payments as 'expenses.' Indeed, I am reliably informed that, since financial penalties imposed on banks reduce their profits, they are tax-deductible. 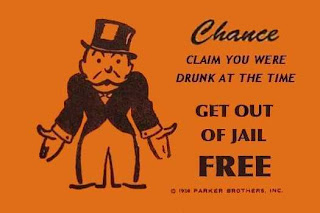 In the case of HSBC, and various other banks which continue to be caught engaged in large-scale money laundering, these jaw-dropping events are particularly baffling, since large-scale money laundering is, by its very nature, always part of a pattern of major racketeering activity (as defined by the US federal Racketeer Influenced and Corrupt Organizations Act, 1970), in that large-scale money-laundering is the process of using labyrinths of legally-registered corporate structures, generally pursuing lawful enterprises, to disguise the proceeds of ongoing major organized crime so that this money cannot be linked to unlawful enterprises. Indeed, US RICO legislation provides severe penalties ($250 000 fines and 20 years prison, per racketeering count) for all persons (including attorneys and bankers) proved to have been engaged in a pattern of ongoing major racketeering activity. Yet, predictably, RICO has not yet been invoked by US prosecutors, and the latest bosses of HSBC and their attorneys, have simply been allowed to pretend that the bank's was only guilty of having 'poor money laundering controls' which they are now in the process of reforming. Oh, and they have offered their 'apologies.'


Somewhat belatedly, HSBC officials have recently said that they have reserved $290 millions to improve their money laundering controls and that they have taken back some 'bonuses' (payments linked to unlawful profits) paid to senior executives in the past.
HSBC has also announced that it is due to reach a similar (deferred) criminal-charge avoidance agreement with the UK's Financial Services Authority. Indeed, last month HSBC said that it had set aside $1.5 billions to pay for any settlement or fines. This latest HBSC news followed the announcement of a similar settlement with UK-based Standard Chartered bank. Its bosses have so far agreed to pay $300m in fines for violating US sanctions.

Ironically, the regular sale to banksters of what are effectively 'Get of Jail' cards, has been described as being part of a 'crackdown on money laundering and sanctions violations being led by federal government agencies and New York state authorities,' following the release of a report by the US Senate which concluded that:
The report suggested that it was obvious that HSBC accounts in Mexico and the USA were being used by drug barons to launder mountains of cash. Interestingly, other qualified-observers have suggested that bank officers became blinded to reality in a desperate attempt to generate profits after making catastrophic investments in Mexico. However, the Senate report also stated that HSBC regularly dodged restrictions on dealings with Iran, North Korea and other states subject to US trade sanctions.
Thus, HSBC bosses were more than happy to sign a 'Deferred Prosecution Agreement' in which they have effectively been placed on probation after effectively pleading guilty to a corporate-breaching of the 'US Bank Secrecy Act' and the 'Trading with the Enemy Act' as well as to committing a catalogue of money laundering offences. Yet had HSBC been indicted for any of these offences, then the US (and other) government(s) automatically would no longer have been permitted to conduct business with the bank.

In a predictable move reminiscent of 'MLM Income Opportunity' racketeers, HSBC has announced that it has now bought the services a former senior US federal regulator who will work as 'Head of Financial Crime Compliance' (a post which, tellingly, did not exist previously).

Until recently, Bob Werner headed the US Treasury's Office of Foreign Assets Control (OFAC) - the agency responsible for enforcing US sanctions on countries including Iran.